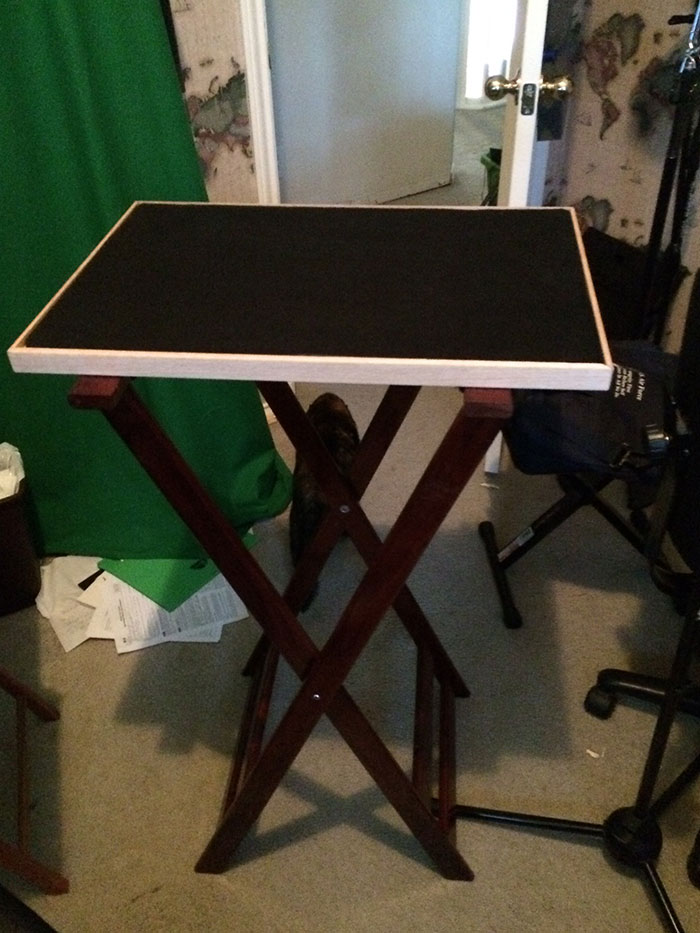 I just finished the basics of my magician’s busking table. I basically copied a design I got from Jack Strauss (Louisville magician and mentalist). It includes a 38-inch wooden waiter’s tray stand, which is foldable. As for the table part, that is separate. It sits pretty securely on top of the stand due to the rubber slip-proof top rings.

The table is made from a 16 x 23, 5/16th inch thick piece of oak plywood. On one side I applied a spray-on chalkboard coating so that I could use that side for anything needing a hard surface, or to write on, as in card predictions and so on.

On the other side, the one that will be the primary, I used spray adhesive to attach a 16 x 23 inch black magic closeup performance pad.  Then I attached corner moulding around the edges. Now, I am NOT a wood worker. So its no surprise that as carefully as I measured, I still managed to be slightly off on the moulding lengths such that there is a small gap on 2 of the corners. But hey – it’s not enough for me to worry about. This was about functionality, not “pretty.” I used a miter box to cut 45-degree angles at the ends so that they would meet nicely at the corners of the table.  Then I used wood screws through the back/chalboard side to secure the moulding to the board. This leaves just enough of a lip (actually a little less than I was trying for) around the edge of the pad side of the table to prevent stray balls (cups and balls and billiard ball routines) from rolling off the edge.

Eventually, I will affix a couple of rubber hooks near the bottom of the tray stand legs (got the idea from Jack Strauss), along with some bungee cords so I can stow the table onto the folded-up stand for easy transport.

Below are some pictures I too along the way. I’m quite happy with it as a first effort. 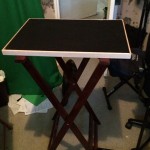 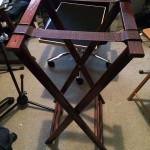 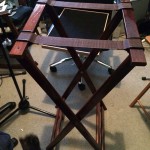 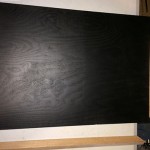 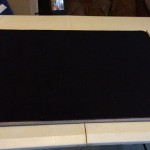 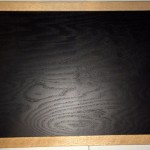 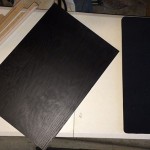 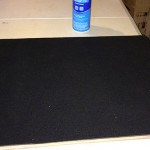